I picked up a used Jobo 1525 drum and base a year or two ago in an attempt to develop 8×10 film. For that purpose it seems to work okay. Right now we’re snowed in, and my darkroom is far too cold to think about doing prints in, so I decided to have a try using the Jobo drum in our Laundry area.  I’m left wondering if I’m missing a piece for the drum, or if there is something I’m doing wrong.

This first failure is rather interesting, not only is there banding in the development, but there is a faint finger print in this first photograph. For these first two prints, I used about 500ml of solution. First I did one and a half minutes of Ilford Multigrade developer, 30 seconds of Stop Bath, and finally roughly a minute of Fixer. 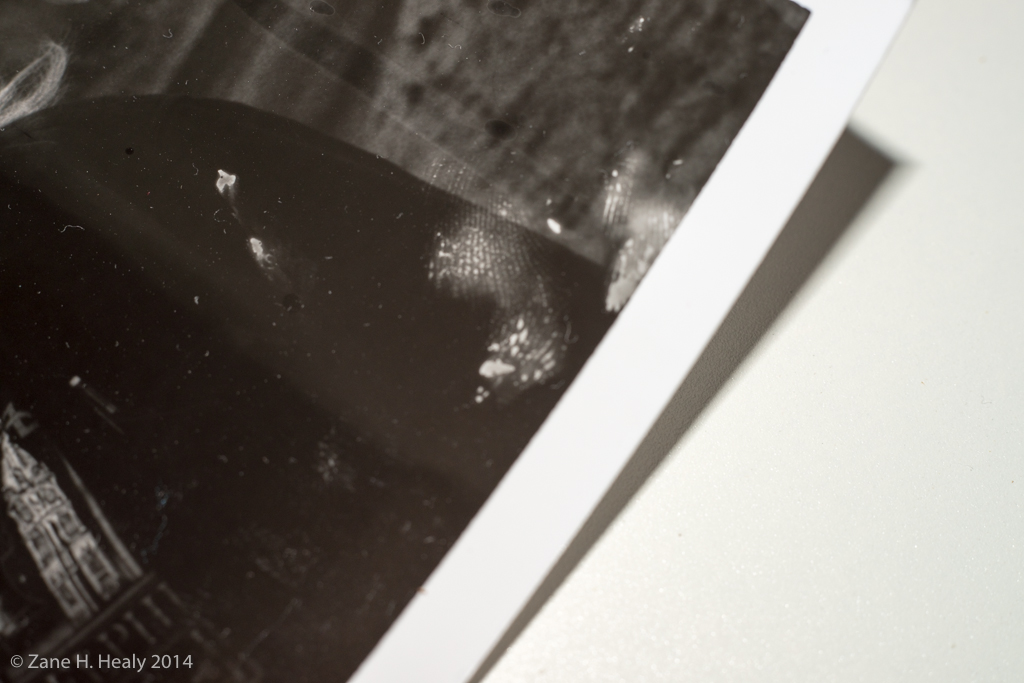 On my second attempt I somehow ended up with these two white lines. Again I’m not sure what went wrong here. The print also has and iridescent sheen to it, horribly stained borders, and other minor flaws. The one good thing is that it seems to lack the banding of the first print. 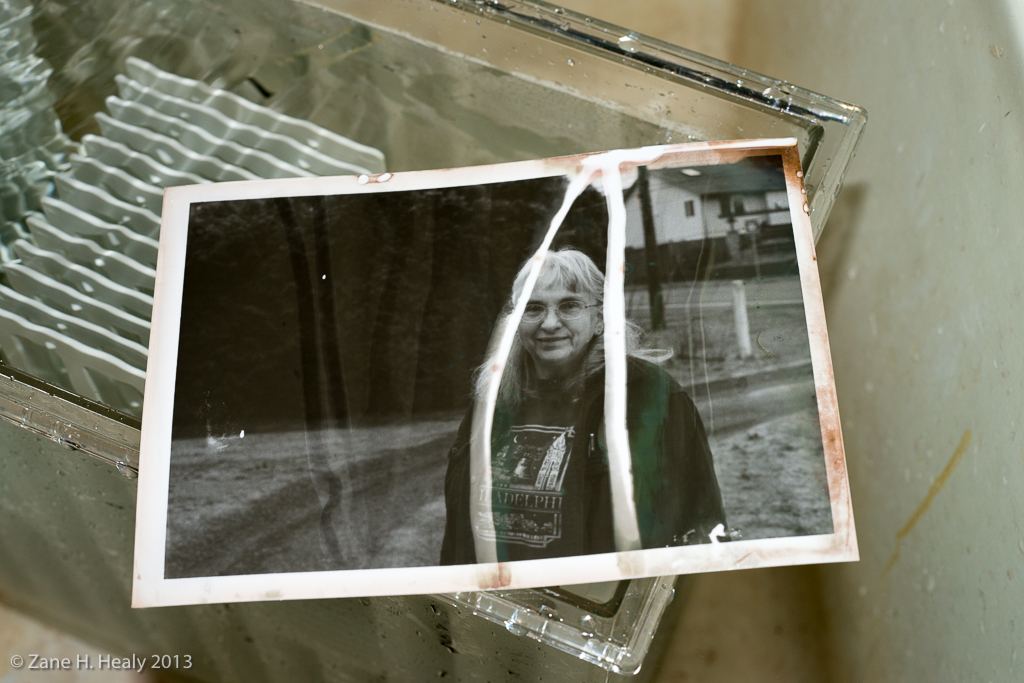 Before doing a third attempt I did a bunch of research on the web, including finding the Jobo instructions on doing B&W Prints. They recommend at least 30 seconds of a water bath to dampen the paper before hitting it with the developer. They also showed using much less chemicals for a 5×7 print, so I decided to see what I could get by lessoning the amount of solution for each step. This let me get it in and out of the tank faster.

Like the second print, the third one lacks the banding of the first one. However, the damage is much worse than the first, but thankfully lacks the white streaks of the second. 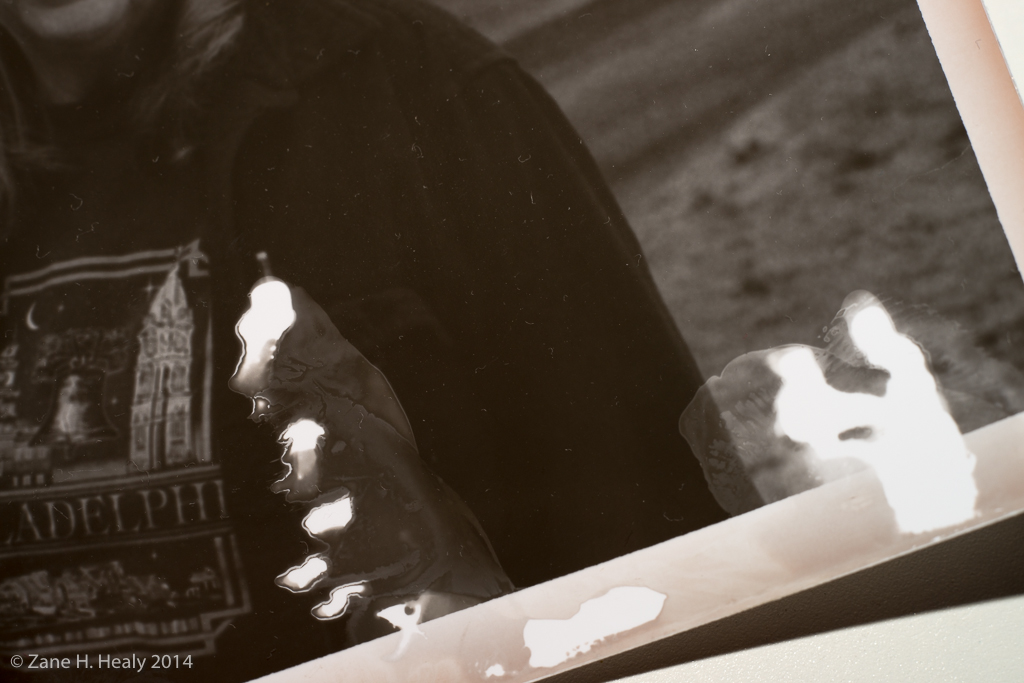 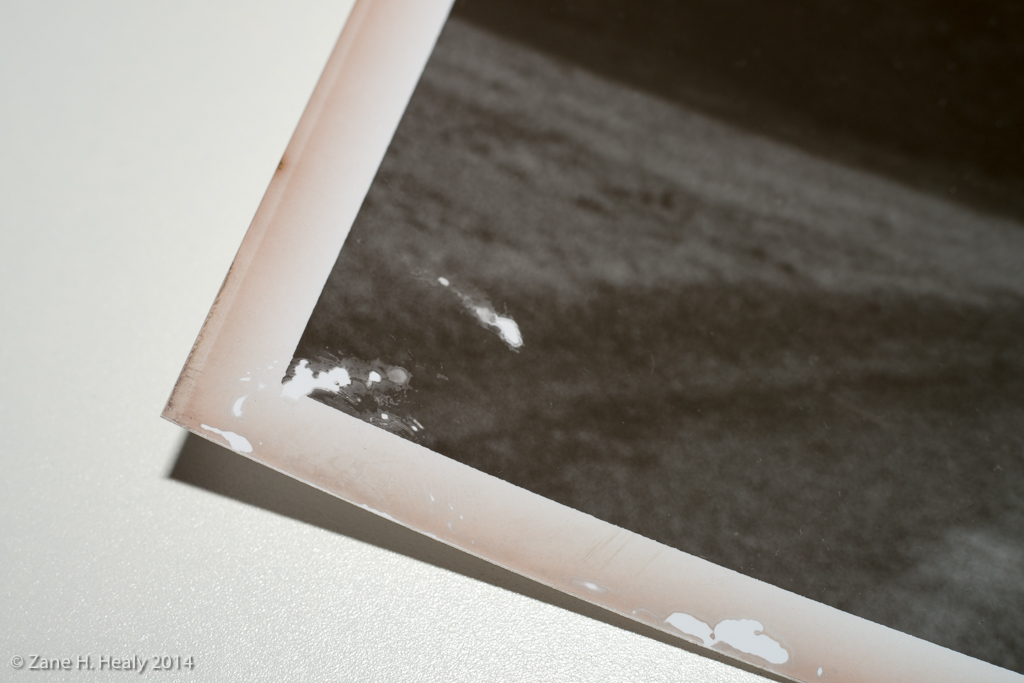 At this point I decided to call an end to my attempts to process prints using the drum.  I’ve never really had any serious issues with making my prints, but have always used trays.  Furthermore, I’ve never seen prints with this sort of damage, and I’m rather stumped.

On a positive note, I did manage to develop a roll of film tonight.  It’s still drying, but based on what I saw when I was hanging it up, I think it turned out fine.